Moldovan children call for people to be safe at crossings. 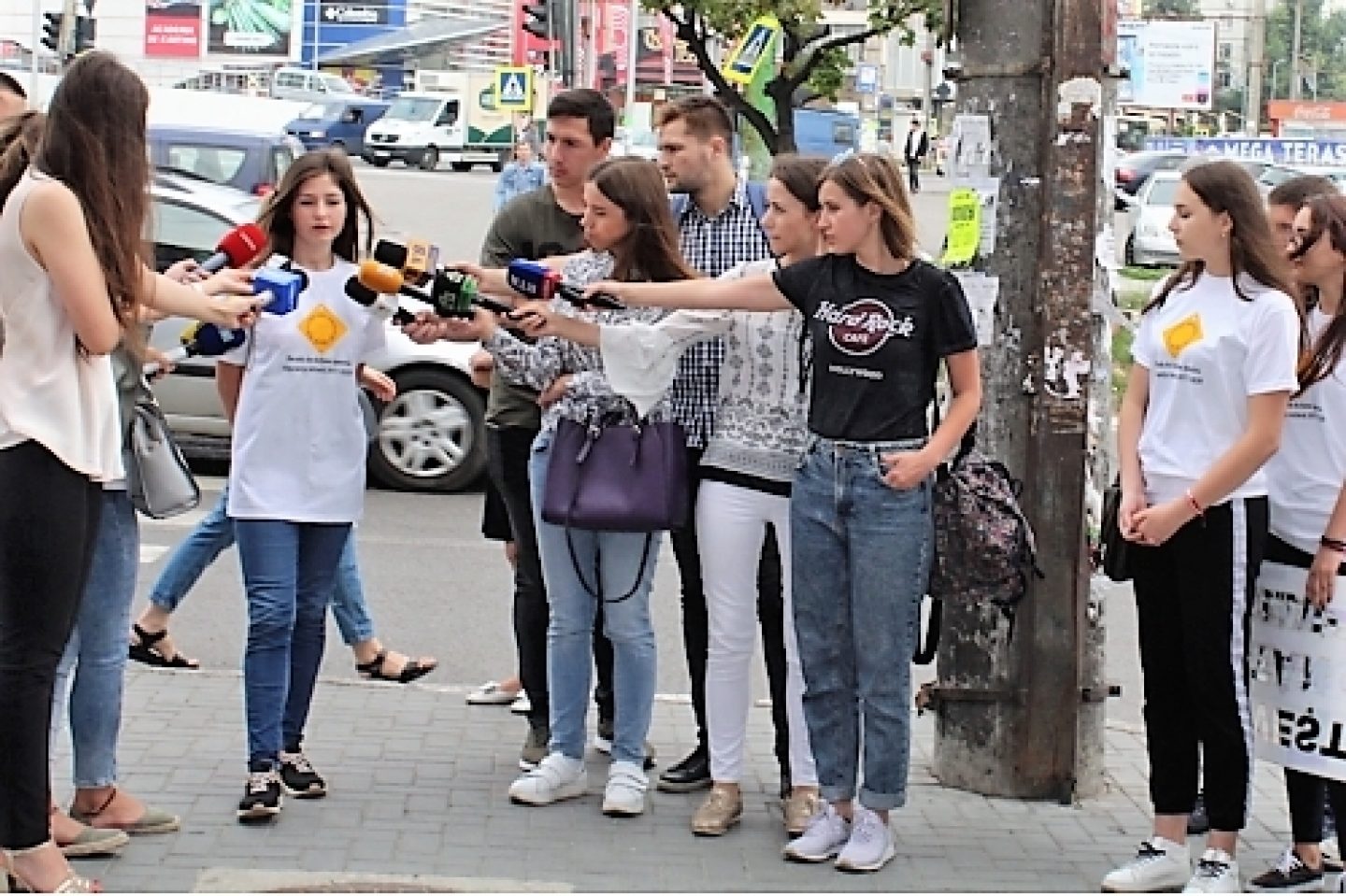 Children in Moldova have launched a safety campaign to remind people why safety at crossings is important.

The campaign involved painting warning messages on the pavement ahead of crossings across the country.

The messages reminded adults to hold children’s hands and to “Look left, then right” before and while crossing the road.

In the first six months of 2018, one-third of all road traffic collisions in Moldova involving pedestrians occurred at a pedestrian crossing. Five people have been killed and 142 others have been seriously injured as a result.

The safe crossings campaign was organised by the Automobile Club of Moldova (ACM) and the National Patrolling Inspectorate (NPI).