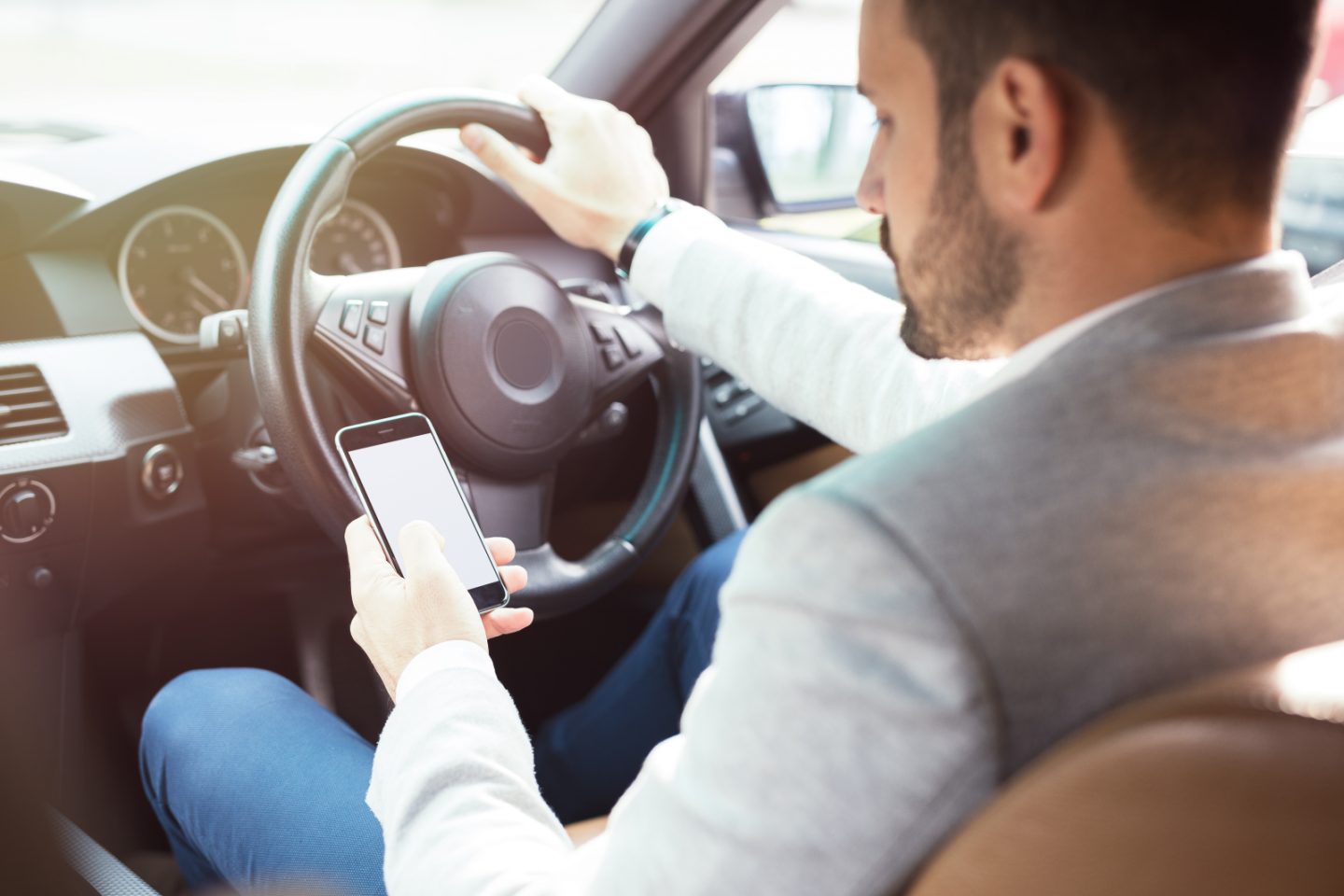 Over a million drivers have admitted to using their phones behind the wheel on every journey they made in the past 12 months, according to new research released today.

The findings, taken from a report on in-vehicle distraction by road safety charity Brake and insurer Direct Line, revealed that 3% of drivers, equating to 1.2 million drivers across the UK, had a conversation or messaged on a hand-held mobile device while driving on every journey they took in the past 12 months.

The report also found that more than 1 in 6 drivers (16% or 6.6 million UK licence holders) broke the law by using their phone while driving at some point over the past year.

Drivers caught using their phone behind the wheel face the minimum of a £200 fine and six penalty points.

Road safety charity, Brake, are concerned by these findings and have called on the Government to tackle in-vehicle distraction and the issue of phone use behind the wheel. They want to see an urgent focus on improving enforcement and a consultation on extending the ban on hand-held mobile phone use to include hands-free.

Commenting, Joshua Harris, director of campaigns for Brake said: “When you’re behind the wheel, it only takes a moment’s distraction to cause devastation. This report reveals the shocking extent of the distraction on our roads with over a million drivers admitting to using their phones behind the wheel on every journey. We need the Government to take note of these findings and act to tackle in-vehicle distraction now.

“It’s positive to see drivers, themselves, acknowledge the increasing issue of distraction on the roads and that they give their backing to calls for the Government to tackle this issue. As a first step, we want the Government to consult on the use of hands-free phones behind the wheel, with the evidence clearly pointing towards the need for a ban.”

Stephen Barrett, head of Direct Line Car Insurance, said: “Our reliance on our mobile phones and their apps has meant that, even though driving can be a small percentage of someone’s day, many find it hard to leave these devices alone while at the wheel. It is highly concerning that even with increased penalties and a greater awareness of the dangers and consequences, there is still a large minority of drivers on the UK roads who continue to defy the law and put themselves and others at risk on a daily basis.”

Mobile phone use while driving

Five people are killed every single day by something we already know how to cure.